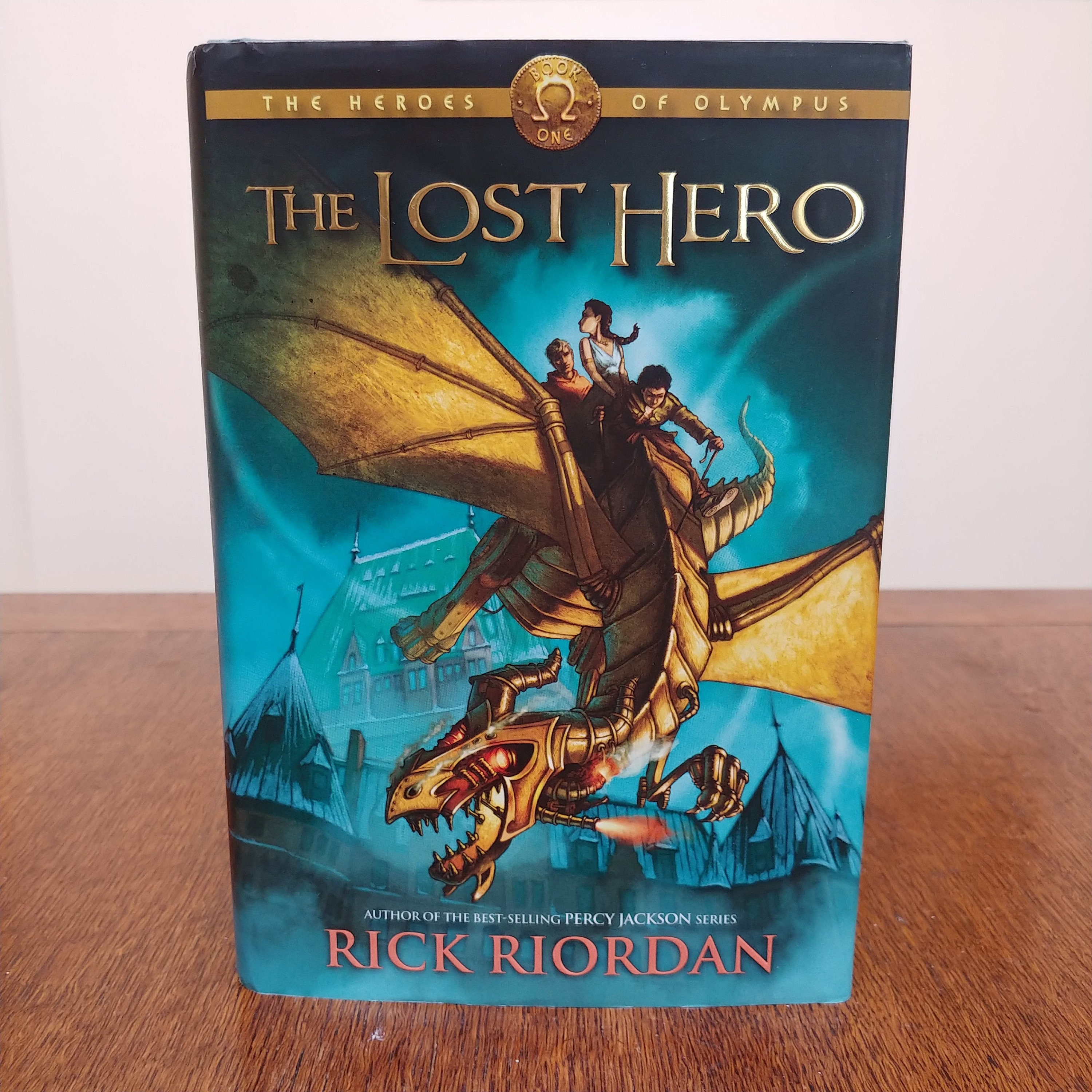 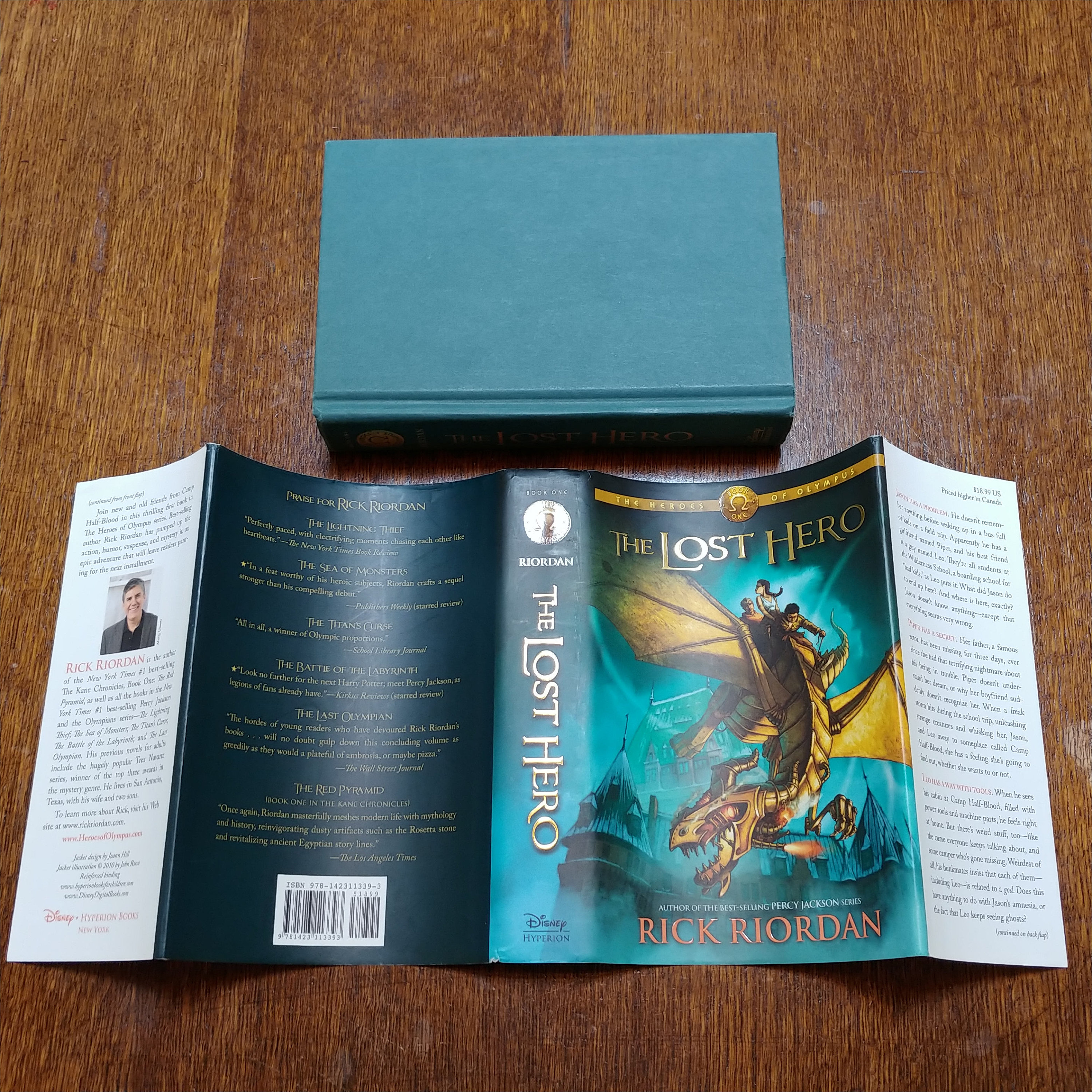 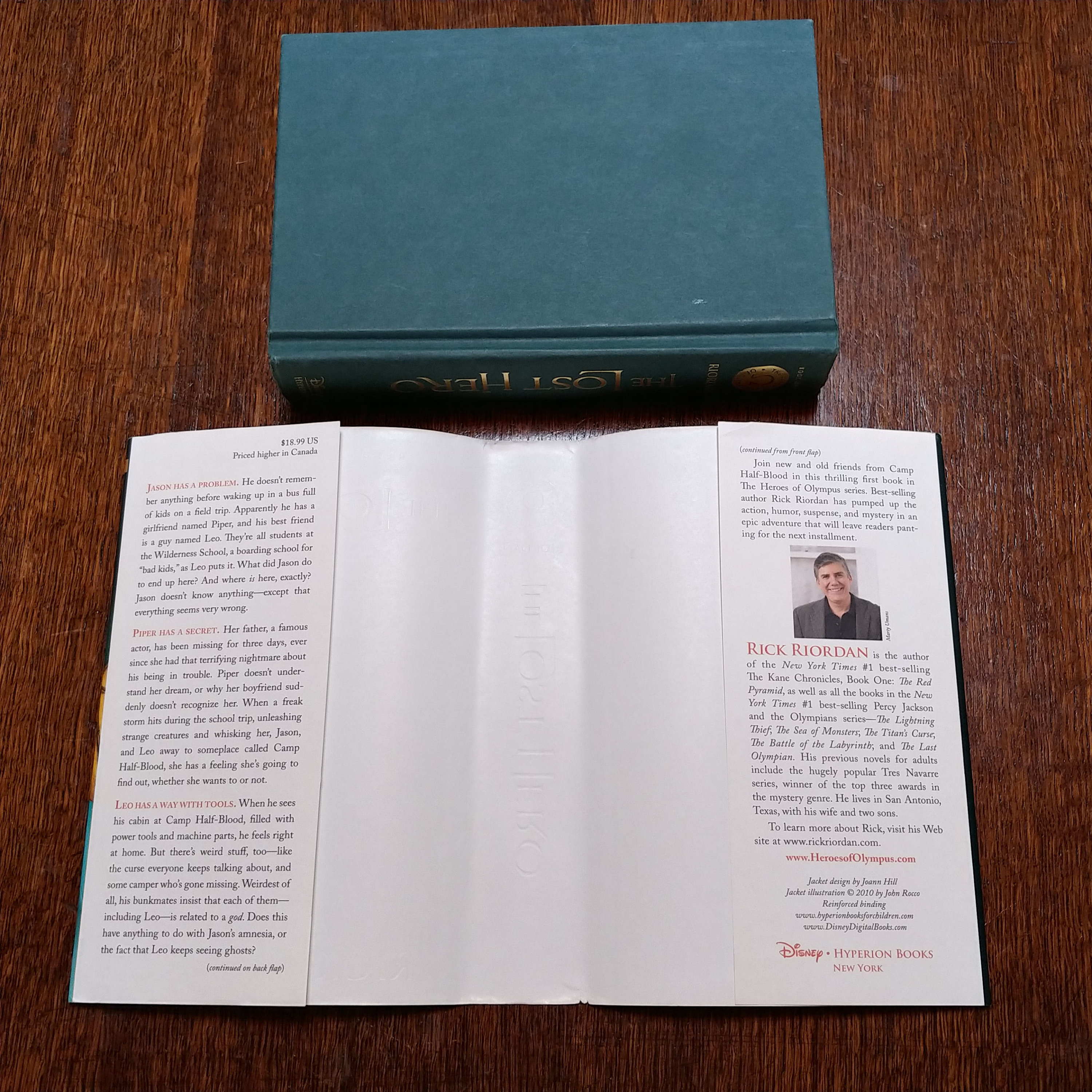 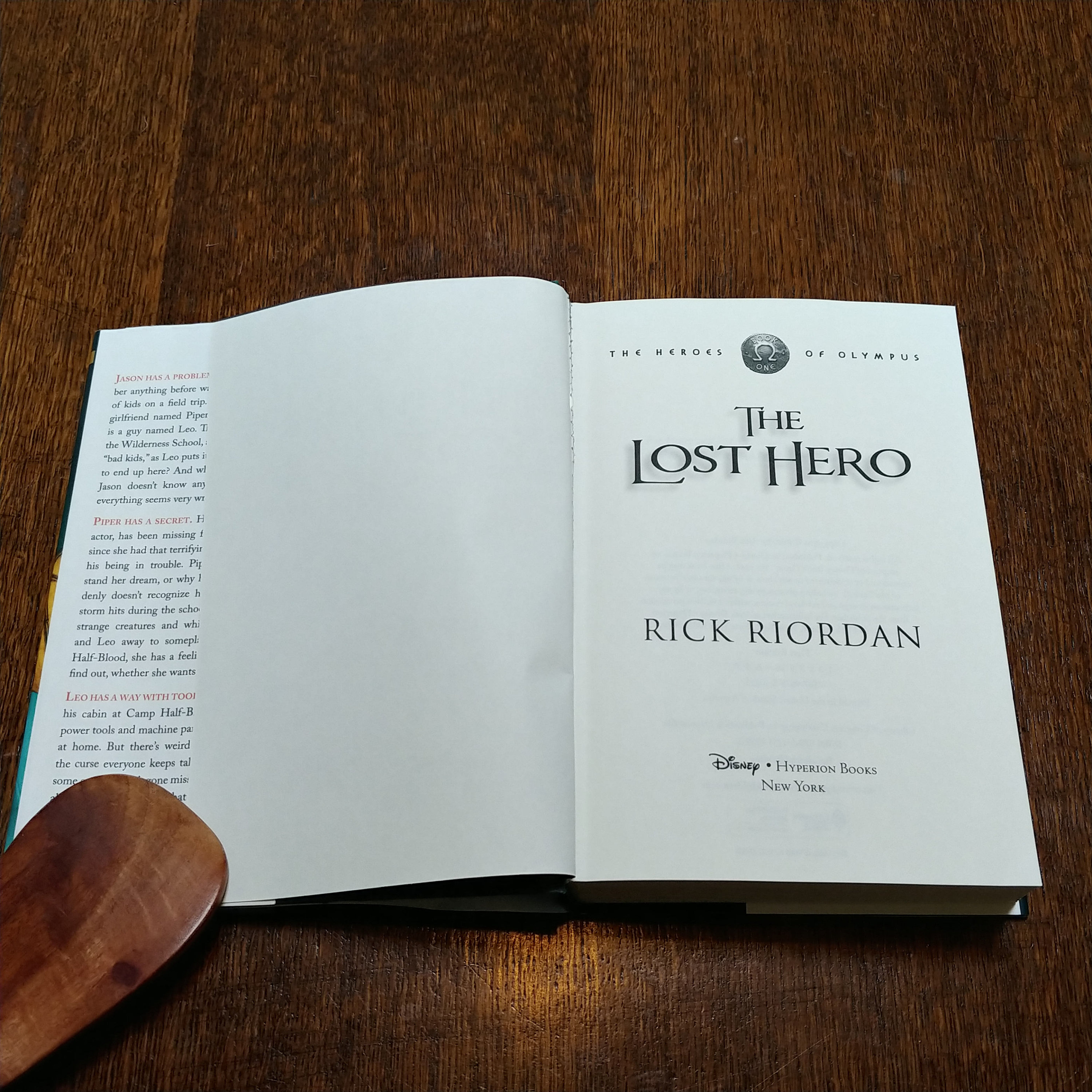 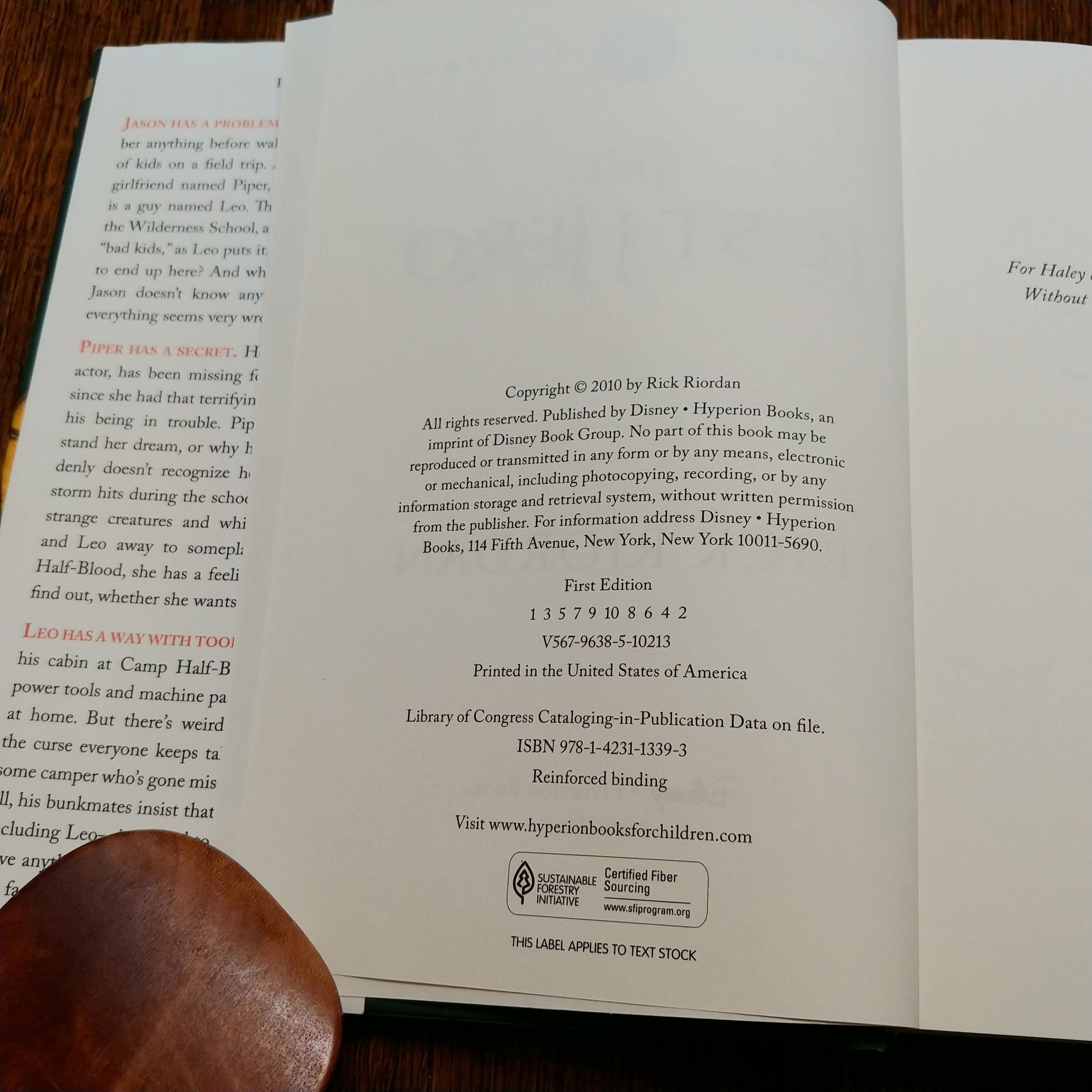 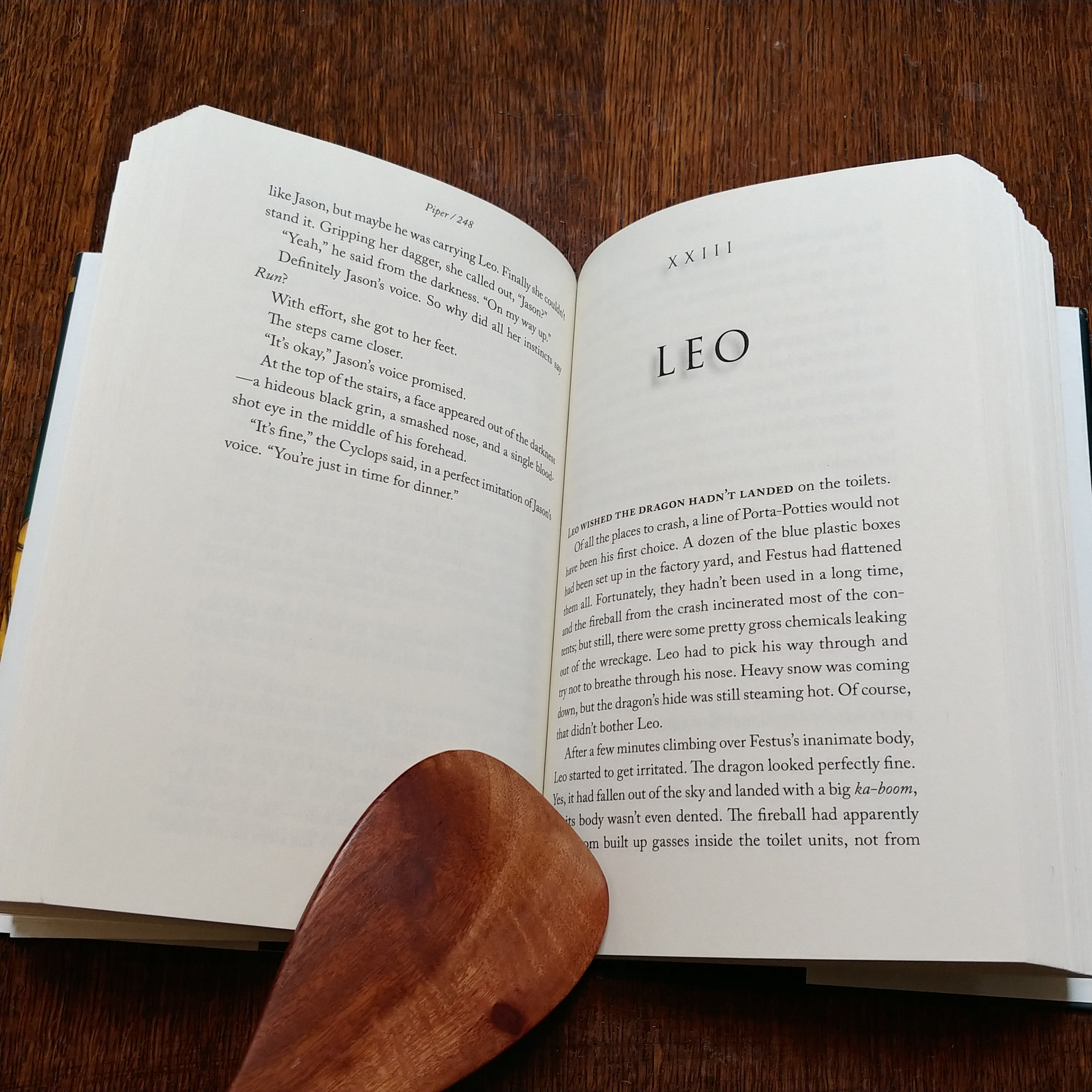 First edition of The Lost Hero by Rick Riordan, book #1 of The Heroes of Olympus.

In the follow-up series to Percy Jackson & The Olympians, Greek and Roman demigods team up to defeat Gaea and find Percy.

In The Lost Hero, the first book in the series, Jason emerges from amnesia and starts to remember his past, including the fact he comes from a Roman camp for demigods, Camp Jupiter.

"Jason has a problem. He remember anything before waking up in a bus full of kids on a field trip. Apparently he has a girlfriend named Piper, and his best friend is a guy named Leo. They're all students at the Wilderness School, a boarding school for "bad kids", as Leo puts it. What did Jason do to end up here ? And where is here, exactly? Jason doesn't know anything - except that everything seems very wrong."

"Even before he got electrocuted, Jason was having a rotten day.

"He woke in the backseat of a school bus, not sure where he was, holding hands with a girl he didn't know. That wasn't necessarily the rotten part. The girl was cute, but he couldn't figure out who she was or what he was doing there. He sat up and rubbed his eyes, trying to think.

"A few dozen kids sprawled in the seats in front of him, listening to iPods, talking, or sleeping. They all looked around his age...fifteen? Sixteen? Okay, that was scary. He didn't know his own age."