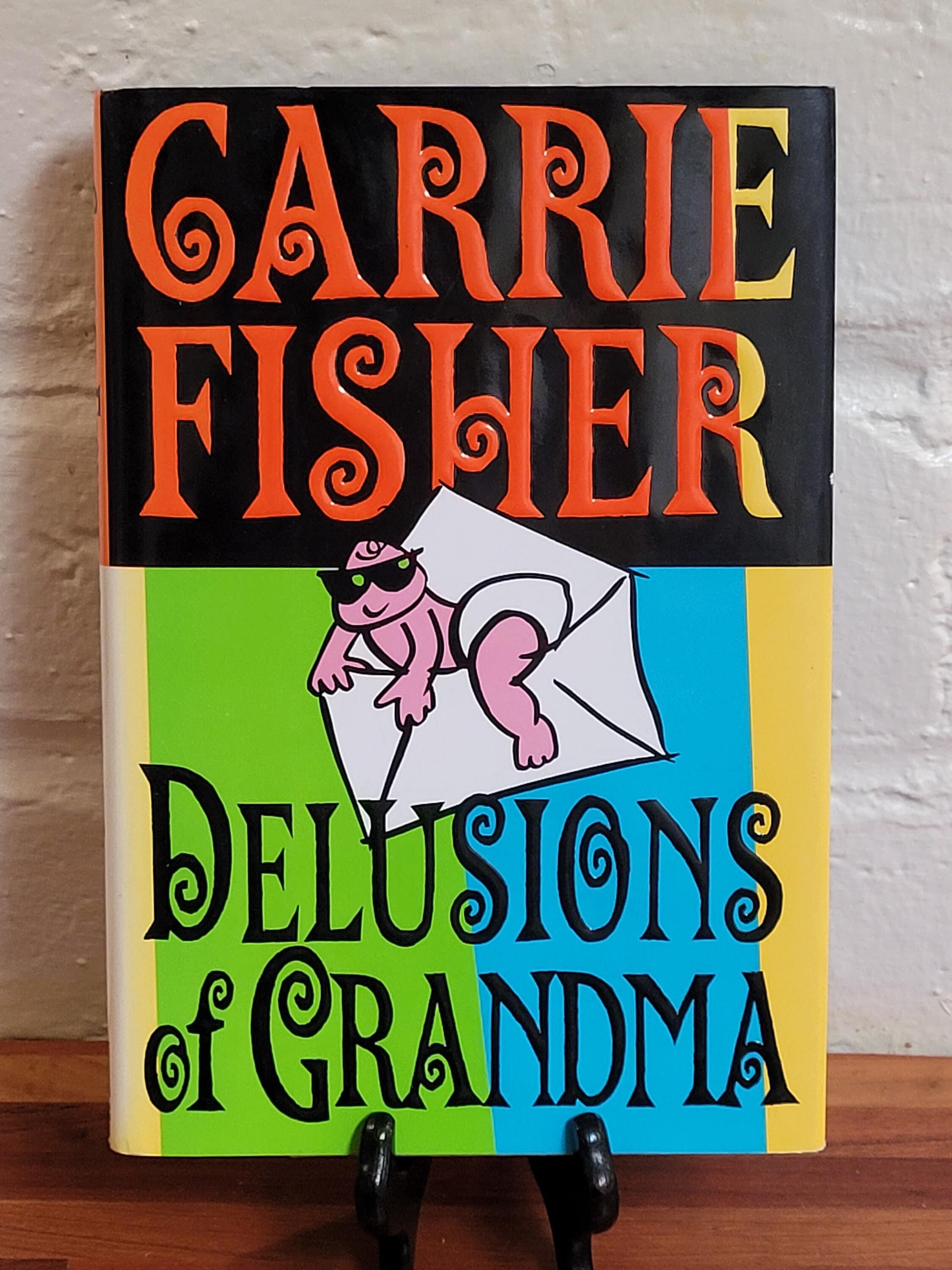 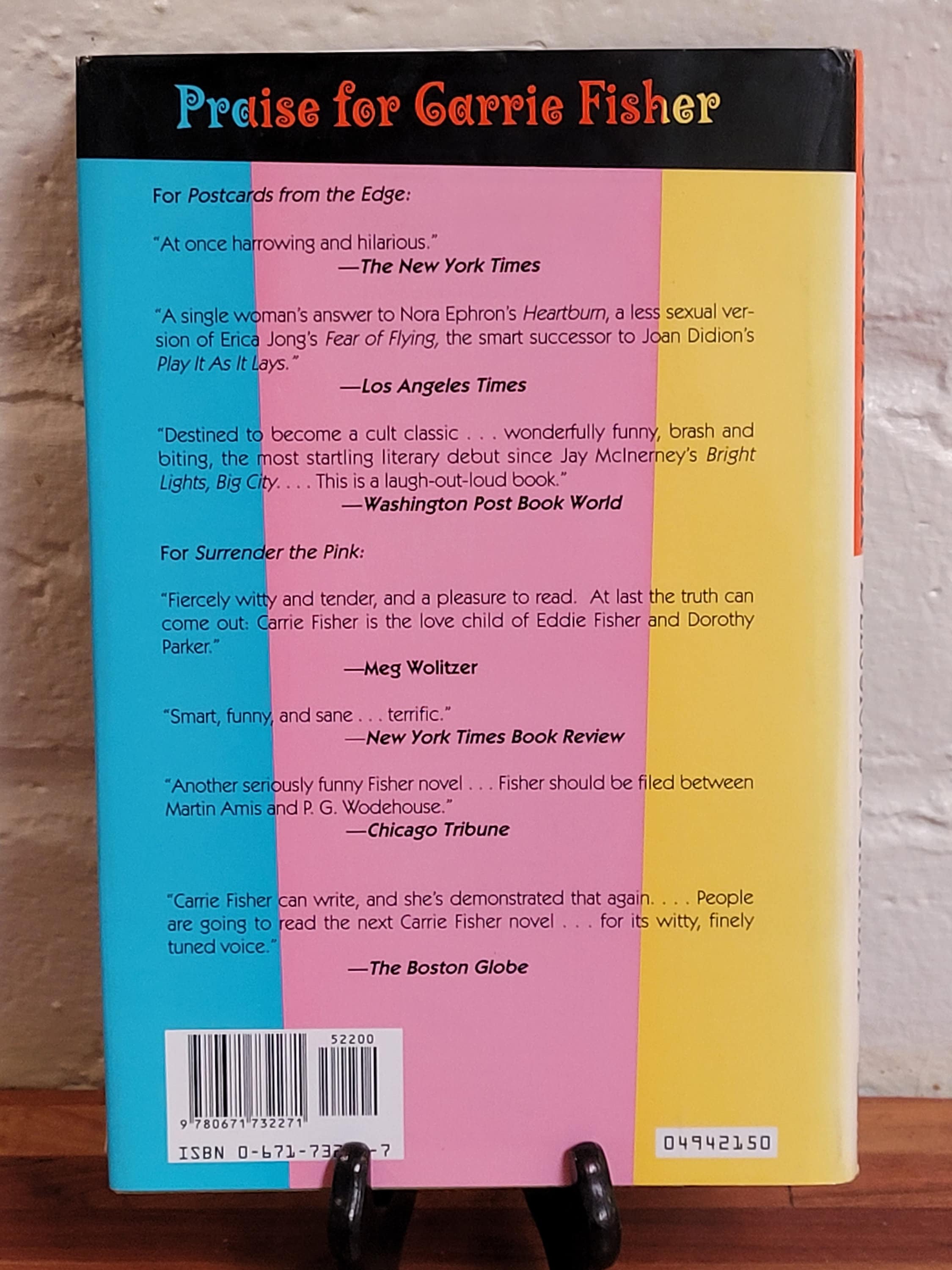 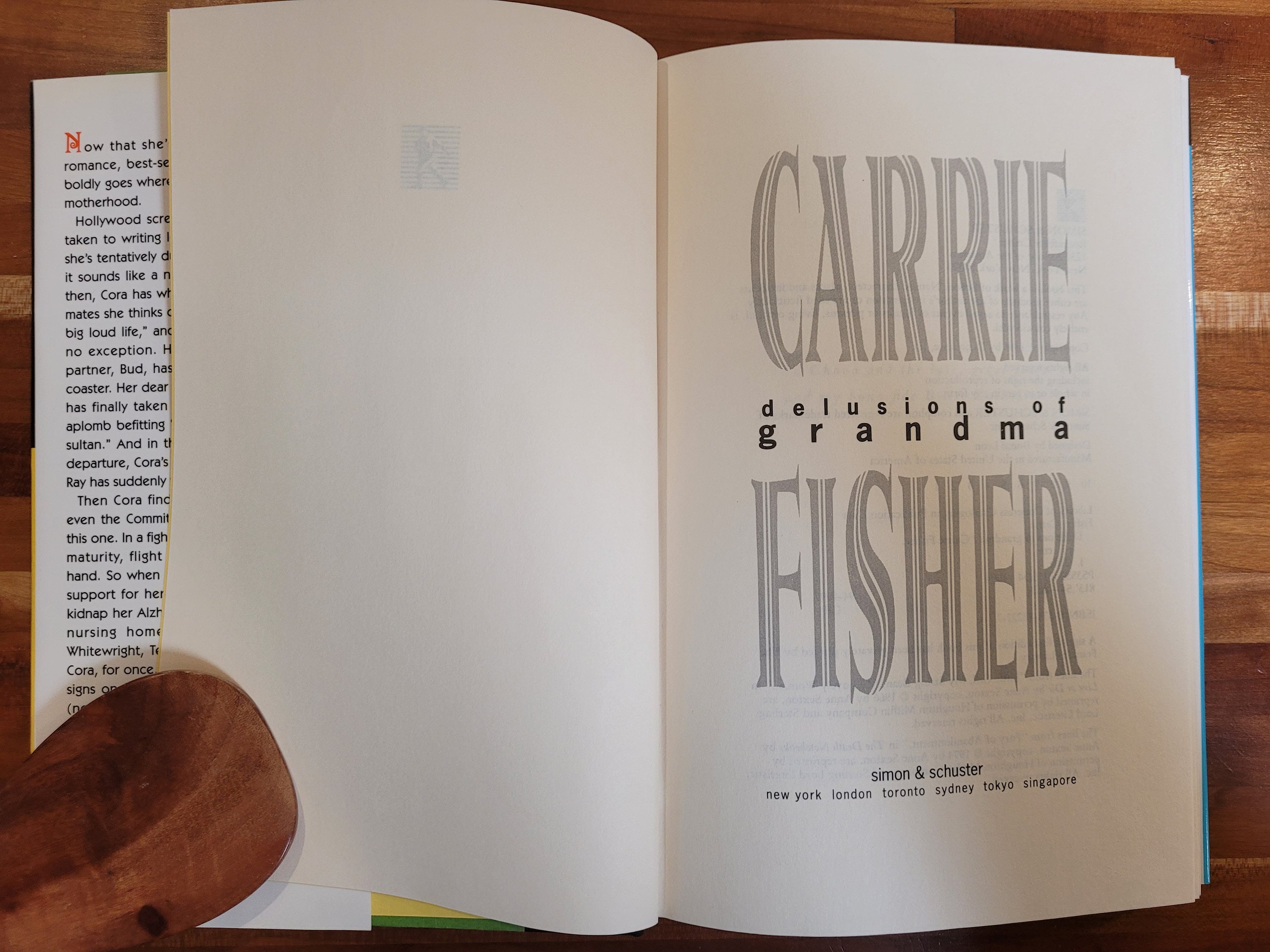 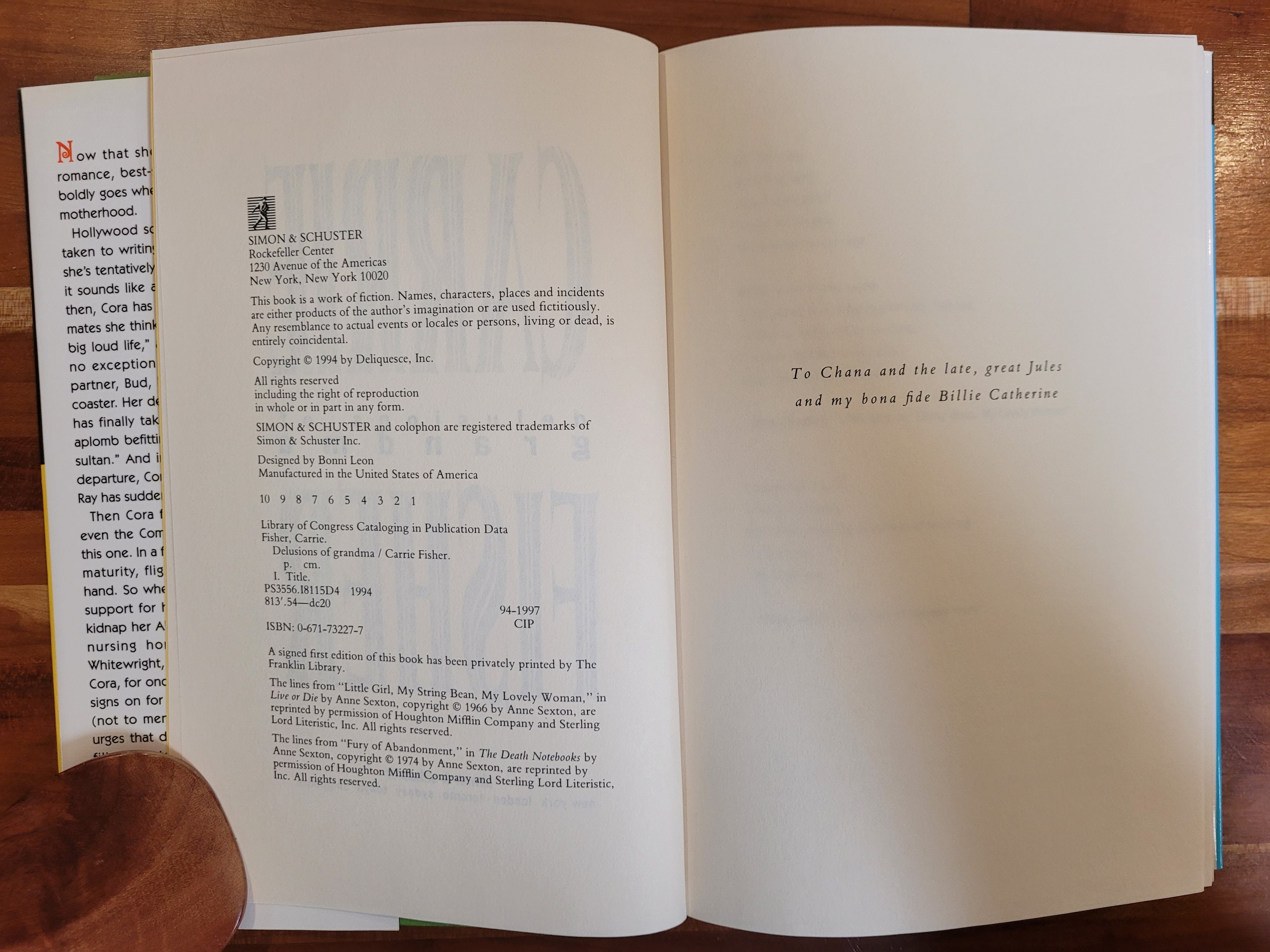 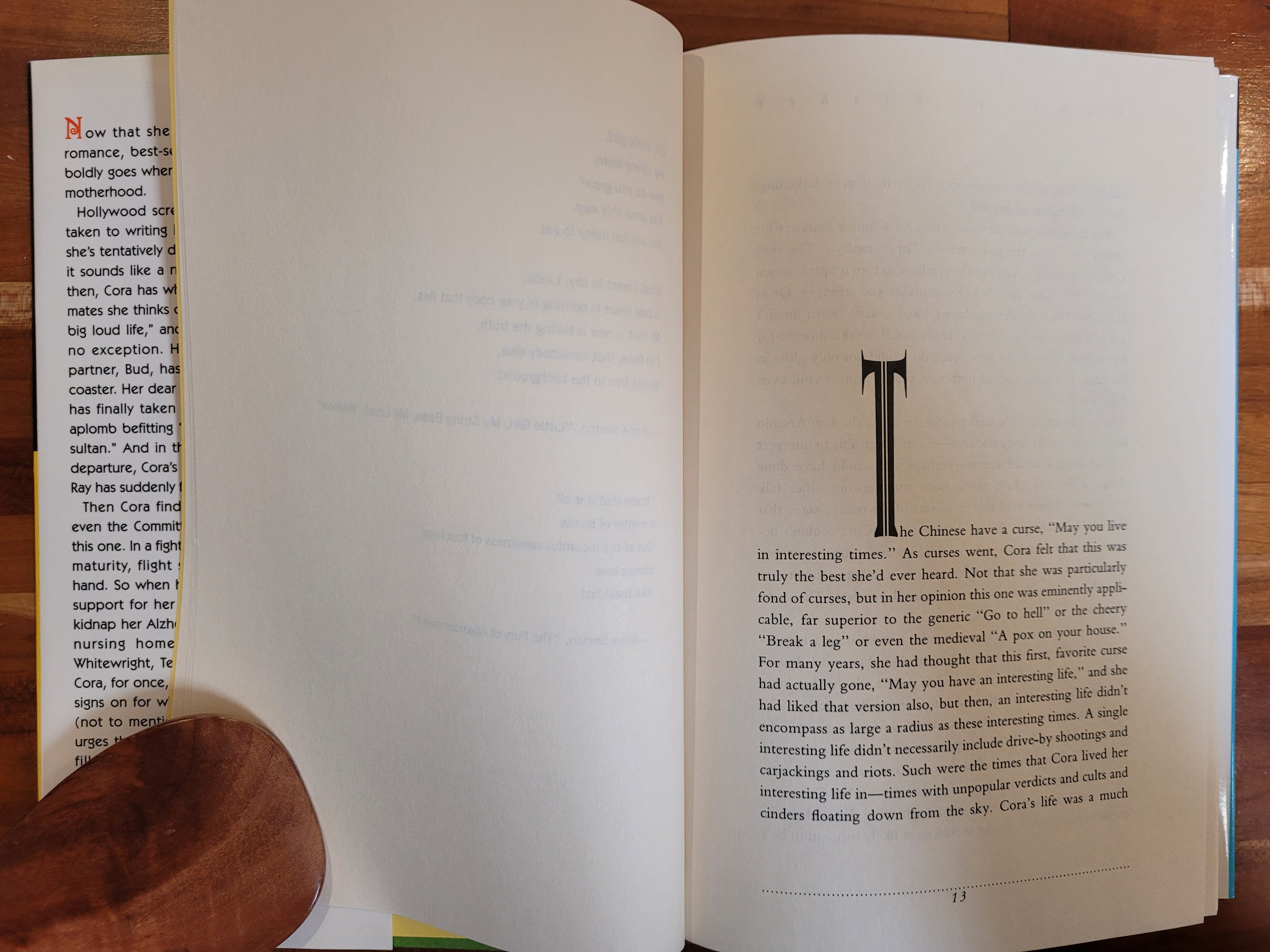 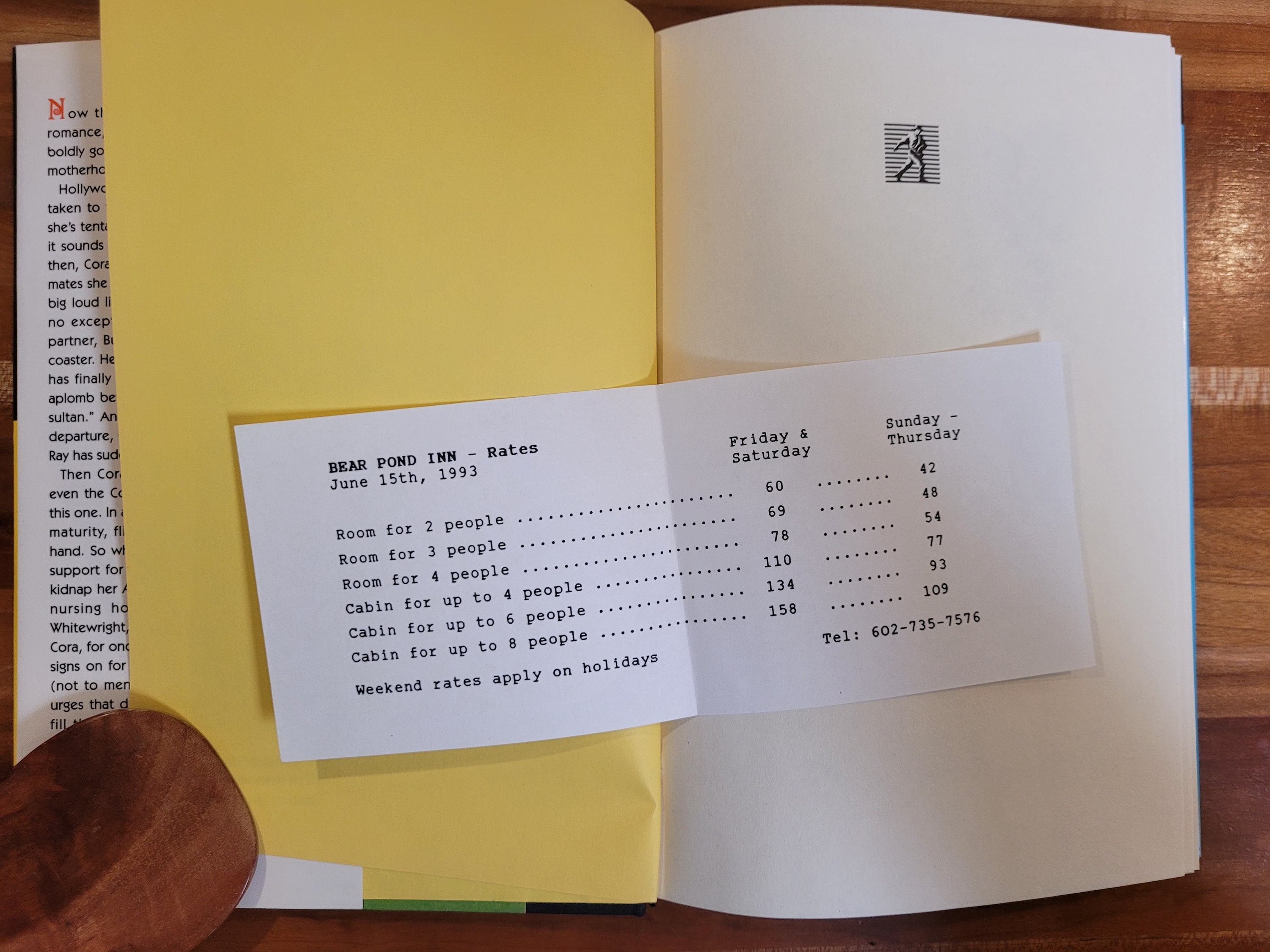 For fans of Carrie Fisher, 1994 first edition of her third novel, Delusions of Grandma.

"For Cora, gestation was threatening to become a frightening, humorless, ill-prepared romp toward what would most likely turn out to be a lifelong bout with a kind of maturity that wouldn't exactly lend itself to her brand of joy. But that didn't stop her from attempting to fashion for others a cheap laugh from what was conventionally an intimate experience.

"Cora was beginning to experience the gnawing apprehension that somehow, and soon, she, too, would be rendered obsolete. The beast of her beauty, which she had formerly led around by the leash, would break free of her grasp and bound away, leaving her attempting to be interesting as hell. Already so many things seemed so very beside the point that even if she were able to determine how and why she'd gotten here, the here where she'd arrived was long past the point of no return, just outside of wedlock, straight past help, and precariously near death. Things had taken root beside the point, things ugly, leering faces."

"Hollywood screenwriter Cora Sharpe has taken to writing letters to her unborn child she's tentatively dubbed Esme... Her confidant and writing partner, Bud, has been on a bipolar roller coaster. Her dear friend William, AIDS-ridden, has finally taken leave of his life.. And in the vacuum that follows his departure, Cora's romance with quiet, gentle Ray has suddenly flickered and expired.

"Then Cora finds out she's pregnant... In a fight-or-flight confrontation with maturity, flight seems to have the upper hand. So when her mother, Viv, tries to rally support for her latest madcap scheme - to kidnap her Alzheimer's stricken father from a nursing home and take him back to Whitewright, Texas, the place of his birth - Cora, for once, is game. ..."

Carrie Fisher (1956 - 2016), actress, remembered best as the original Princess Leia in the Star Wars series, and writer, author of Postcards From the Edge, brought intelligence, wit, and sharp insights as a Hollywood insider, daughter of Debbie Reynolds and Eddie Fisher, to her fiction and autobiographical work.